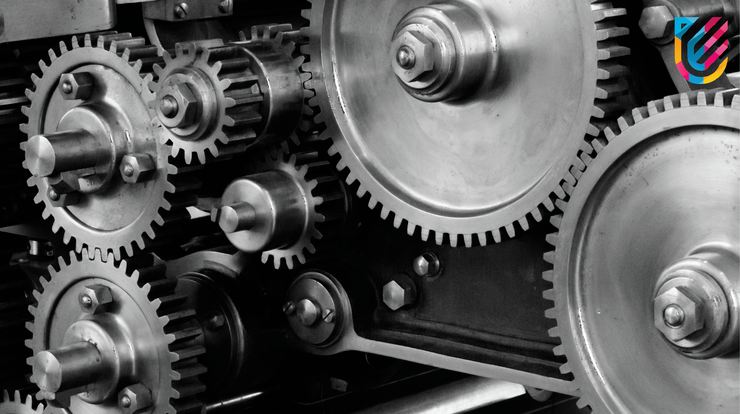 The manufacturing industry is undergoing significant transformations. The Internet of Things (IoT) has ushered in the fourth revolution. It connects machines, work, and systems to create intelligent networks that can independently exchange data and commands, initiate operations, and control each other. In five years, experts predict that 85% of businesses will use Industry 4.0 solutions throughout all major business divisions as well as the Aviation industry. Pursue a Diploma in Aviation Management, the next big thing in the future, ready to employ Industry 4.0 and revolutionize the aviation industry completely.

The business world is debating this question, after steam-driven mechanical machinery, electrically powered mass production, and electronically/IT-powered automated manufacturing, Industry 4.0 is frequently referred to as the fourth industrial revolution. It emphasises the creation of intelligent goods and smart manufacturing processes, as well as vertically and horizontally connected manufacturing systems. Smart items are easily identifiable, can be located at any time, and record historical and present information or status, as well as alternative routes to their goal.

Smart production processes are intelligent manufacturing processes in which the various stages of the lifespan, beginning with design and ending with retirement, are interconnected with one another. The four stages of the industrial revolution are illustrated in Figure 1.

The concept is renamed locally according to the different initiatives going on in various geographical areas and industry branches. A few of them are:

The difference between these initiatives does not lie in the goals, but rather in the selection of enabling technical solutions (e.g., wireless, or not, use of Internet or proprietary networks, point-to-point communication or not, cloud-based, or not, etc.).

The principal uses of the Industry 4.0 concept in aviation so far have been connected to aerospace manufacturing processes. Barbosa gave an overview of how robotics, additive manufacturing, augmented reality, IoT, and simulation are being used in the aeronautics manufacturing industry today. He showed some new developments in the aircraft industry related to Industry 4.0 and its practical applications.

Even though the first completely automated aeroplane is still a long way off, with a Post Graduate Diploma in Aviation, and be a part of the aviation industry, where the use of robots at Airbus and Boeing is expected to allow for monthly production rates of more than 30 units for several aircraft types. In-Factory Solutions, a new Airbus spin-off, is working on the company’s vision of the “Factory of the Future,” with products and services for linked manufacturing in a fully connected and digital environment.

Simultaneously, some have highlighted the impact of Industry 4.0 key enabler technologies on how safety is maintained at manufacturing facilities. Big data analytics can give precise data for operational control, and the Internet of Things (IoT) could increase equipment safety by allowing for improved maintenance.

However, the potential of Industry 4.0 key enabler technologies to improve the exceptionally high standards of safety in aviation operations has yet to be explored.

So, in the future blogs, we’ll talk about how the forthcoming Aviation 4.0 age (Industry 4.0 for aviation) could signal a paradigm change in safety improvement. It examines the stages of aviation development from fundamental VFR flight rules at Aviation 1.0 through Aviation 4.0, when cyber-physical systems will be developed to aid humans in physically demanding, unpleasant, or dangerous labour, to make autonomous judgments, and to perform tasks.

Are you prepared to embrace Robo-automation in Aviation Management?